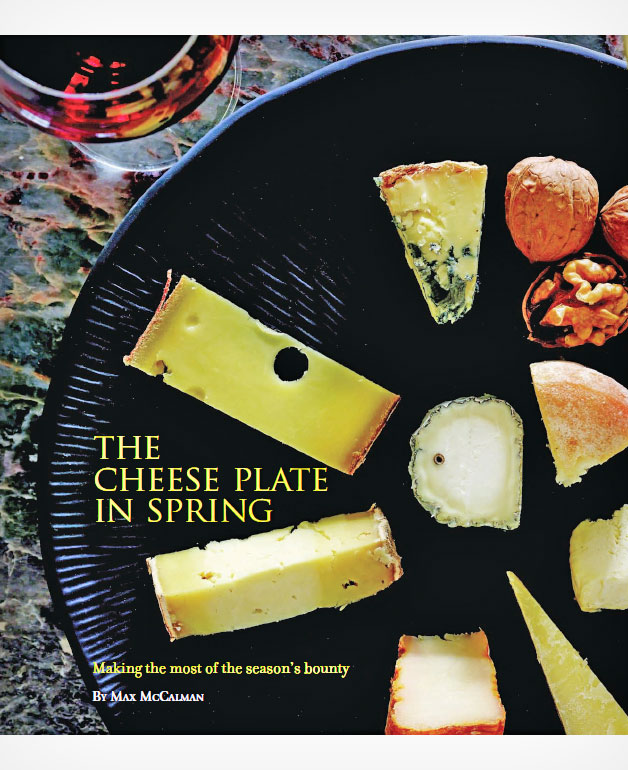 There was a time when the cheese selections available in spring offered little to choose from or less than ideal quality. The dearth of top-quality cheeses at this time of year could be attributed to simple seasonality.

Northern-hemisphere dairy animals would be well into their lactation cycles so excellent milk would be available for cheese making. Although a few fresh cheeses were made, and made quickly available, the cheeses requiring a little aging simply would not be ready. A raw-milk cheese crafted in February wouldn’t be available until April at the earliest, due to the 60-day minimum aging requirements for raw-milk cheeses. Historically, February is more closely associated with birthing at dairy farms than with cheesemaking.

That’s not to say cheesemaking grinds to a snail’s space in February, only that with less diversity in the pasture, the milk for cheesemaking might be a bit less flavorful, just might be. Fortunately, today many fine cheeses, both raw and pasteurized, are available in spring.

For aged cheeses this is less of a problem: A cheese requiring six or more months aging usually has a long peak-ripeness phase, so a cheese could be produced in September or May, and either would likely be in great form. The vegetation would be relatively lush both months.